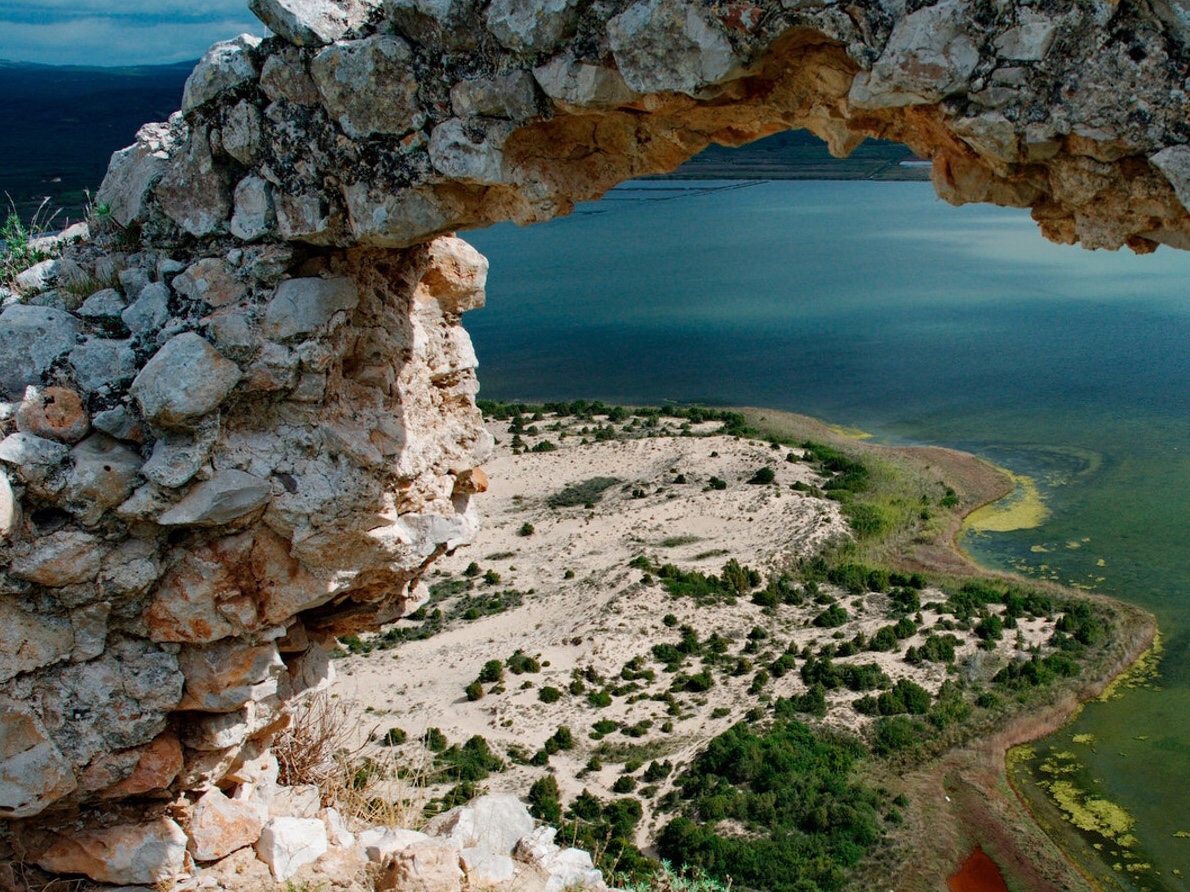 The chameleon
ate the fly
that drank the sweat
of Telemachus
as he rode through reeds
from the Cow’s Mouth.

Where is my father?
He asks the king
who says Before I answer
you must bathe
and calls his daughter
who takes the boy
helps him into
a low clay bath
sealed with painted
dolphins and blue waves
and with her fingers
presses salt and dust
from his pores
tips jugs of water
on his head then
lifts him by one armpit
to stand beside the tub
rubs scented oil
into his frame
takes a blade
peels a skim of oil
and skin from spine
sacrum sternum
belly breast
re-anoints him
with a lighter balm

so he is ready
to hear Nestor say
Odysseus
should have returned
ten years ago.
You are alone.

SANDY PYLOS – Odysseus’s son Telemachus came from Ithaca to ‘Sandy Pylos’ (the Iliad) looking for his Dad. Nestor, the king of Pylos, had been with Odysseus at Troy (another beach side place). This tale is told by Homer. When they excavated Nestor’s palace, they found a clay-lined, stone bath. ‘The Cow’s Mouth’ is a beautiful beach near Pylos.

Chris Hardy lives in Sussex and has travelled widely. His poems have been published in many magazines, anthologies and websites. He is in LiTTLe MACHiNe http://www.little-machine.com performing settings of well known poems. Chris’s collection ‘Sunshine at the end of the world’, was published by Indigo Dreams.

2 Replies to “SANDY PYLOS ~ A poem by Chris Hardy”