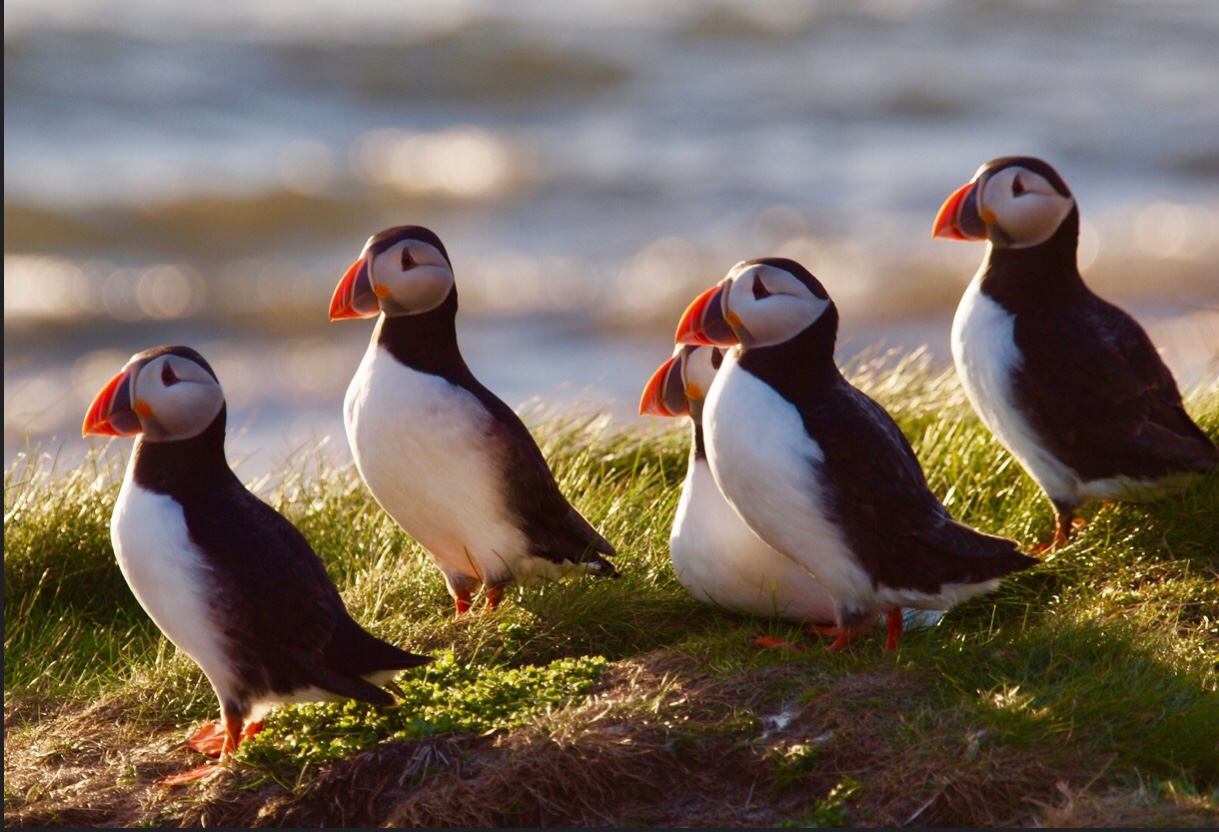 Partygoers reluctant to depart.
Last stragglers of the colony line
the turf below the lighthouse.
The engine’s cut; August
wind chills faces. Some still
clump in, puttering outboard
motors frantically clattering
over us and terns on the rocks.

Wintering on the ocean,
returning with sandeel cargos.
The chicks spend years at sea.
What makes us think of them
as doleful, painted clowns,
our island trip an end-of-pier show?
You’re lucky to see them, the boatman says.
By rights they should be gone.

Greg Freeman is a former newspaper sub-editor, and is now news and reviews editor for the poetry website Write Out Loud. His debut pamphlet collection, Trainspotters, was published by Indigo Dreams in 2015. He tweets @gregfreempoet